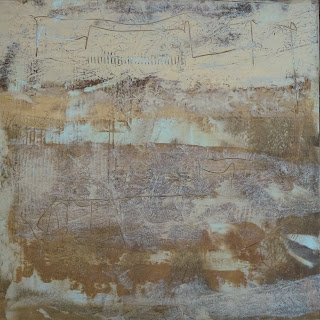 The image above is of a piece I started in Telluride, and to which I applied my then-new approach of a concept-per-layer. It is not finished, indeed it only has four or five layers on it, but I can still see some conceptual work: strata, complexity, stability, scratchiness, fluidity. I hadn't developed my groupings yet, but still, each concept does come from a different group, as it turns out.
Posted by Nancy at 7:53 PM