It scarcely seems possible, but it looks as though I am going to purchase from David the press that I have been using here in Helper this week. Phyllis and I were sharing the studio's large press, and beginning to get in each other's way a bit, so when I saw a second, smaller press standing idle, I asked David if I could use it. "Sure," he said, "in fact, I'll sell it to you." It had belonged to a colleague who passed away last summer, and David purchased it from his widow.

The press is shown in a photo in the previous post. (It is in the upper left corner of this photo.) It is a table top etching press manufactured in 1989 by Takach Press in Albuquerque, NM. Its bed is 24" by 48", so I can work from small to fairly large sizes. More importantly, it will fit quite comfortably into my little studio at home.

This seems like such a proper fit in so many ways. It is a major investment, and something of a change in direction for me, but it just feels right. With due diligence, however, I contacted Takach Press to find out about its value, and was assured that there is a good resale market for table top presses. I already knew that Takach is one of the premier press manufacturers, and it tickles me to have the New Mexico connection, so close to us and part of the region that I consider home. 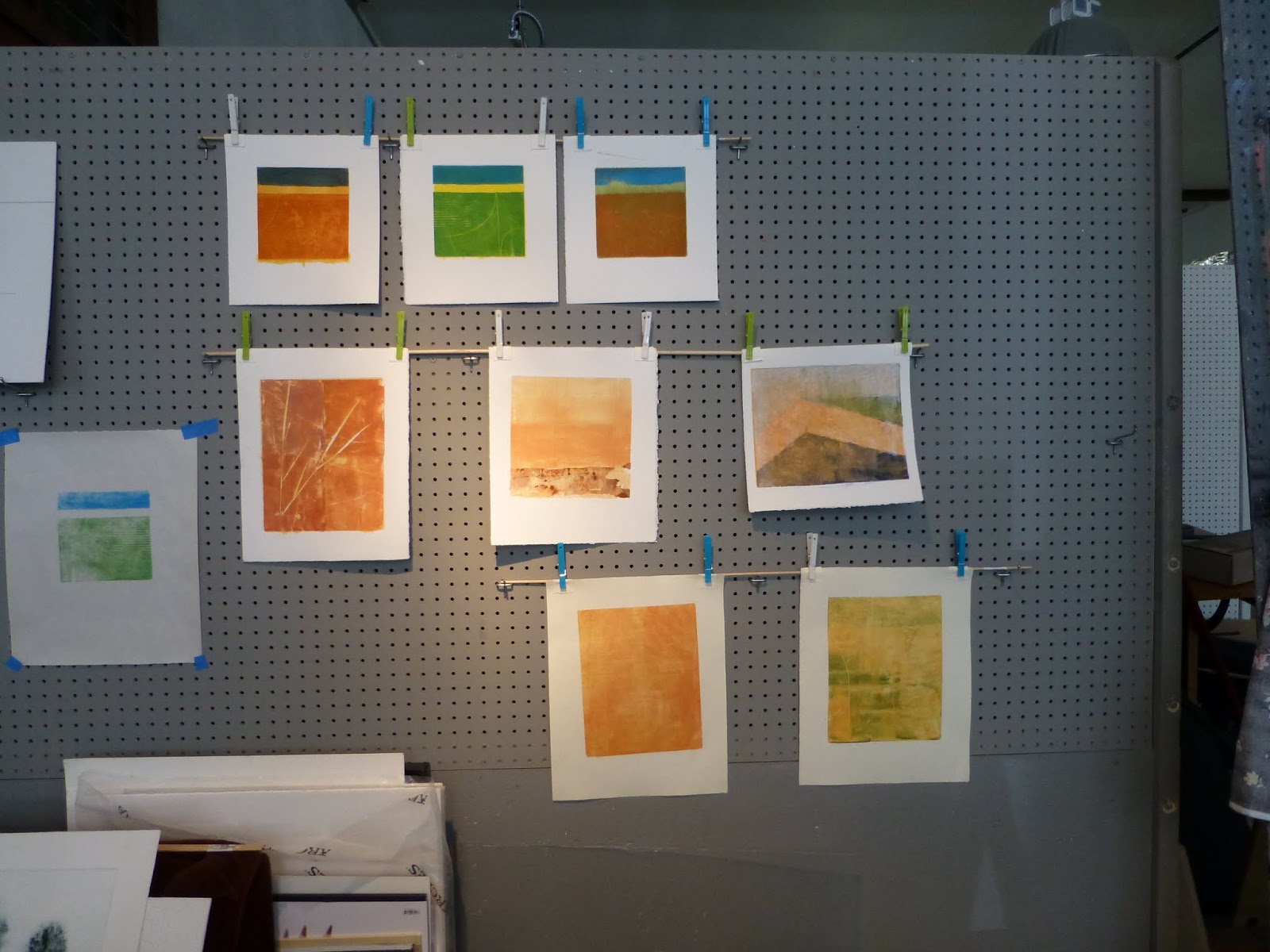 I have used the press for three days now, and have become familiar with it. It is in good shape, and I like its size. The work I have been doing (displayed at right) has been very satisfying, and to think that I may be able to continue with it at home is just, well, thrilling. So, even though I can hardly believe it, I plan to drive back to Helper on Monday after I take Phyllis to the airport in Provo, and pick it up. David is even willing to sell me the table it is on.

Apparently I am beginning a new phase of self-expression. At the moment, I am on a steep learning curve about printmaking and presses. It feels almost inevitable, a wave of creativity and energy that is carrying me forward. The right thing at the right time.