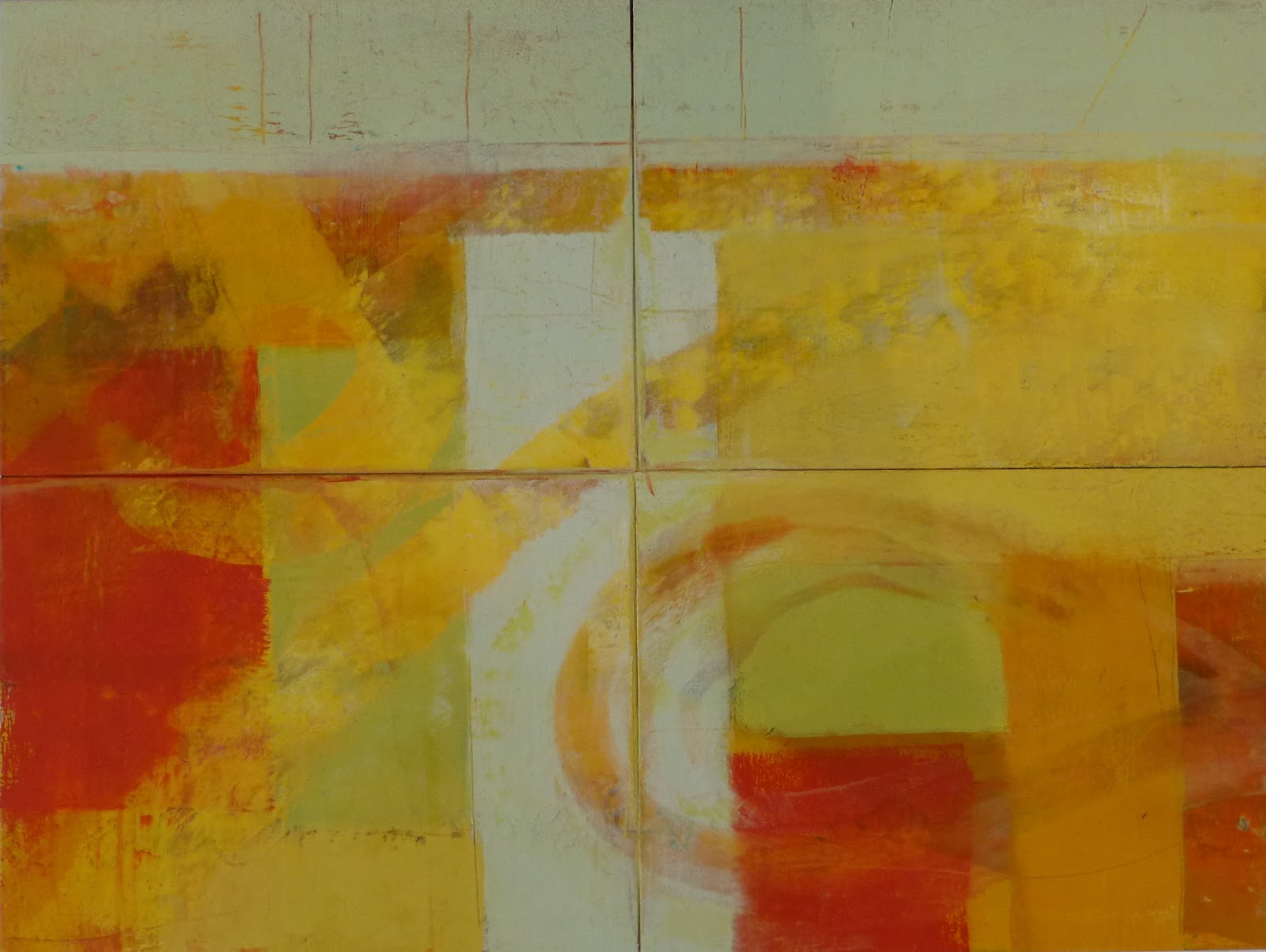 The philosophical resolution of my small painting angst (see previous post) was all well and good, alleviating the"product" dilemma, but it did not help the "process" aspect that had been bothering me. This was confirmed in the studio, since I continued to be frustrated working with the 6" x 8" panels. No matter how I approached the little things, I felt constricted by the edges. I had a vague idea of recreating my larger pieces in miniature, but in addition to the fact that this would be difficult in the physical sense, implying tiny strokes and miniature marks and little bitty patches of color (not exactly the free and easy approach that I am trying to cultivate), it also seemed inappropriate. But, how to be free and easy within a 6" x 8" parameter?

Once again, talking with a fellow artist brought the gift of a new idea: connect the small boards together and paint them as one larger board. The issue of confining edges disappears. The image above shows the four 6" x 8" panels, now taped together to create a 12" x 16" expanse. I did the same with four 8" x 10" panels that have been plaguing me, creating a 16" x 20" surface. All of the smaller pieces already had five or six layers of paint on them, but I scraped them back, arranged them in a pleasing manner, taped them together, and now have two larger surfaces rather than eight small ones on which to work.

I liked the fact that the smaller pieces were already underway: Although I could tape together blank boards and start from scratch, the colors and textures already existent provided something to react to and build upon. My expectations are open-ended. Although I have promised my galleries some small pieces, I have not been specific. If these assemblies come apart and provide viable small paintings, that is fine. But I am also aware that they might end up staying together, either bolted edge-to-edge or floating in a frame with space in between. Who knows? Part of the joy is that the outcome is unknown -- rather the opposite from the hemmed-in feeling of painting an individual itty-bitty board. It is an experiment!
Posted by Nancy at 1:48 PM No comments: